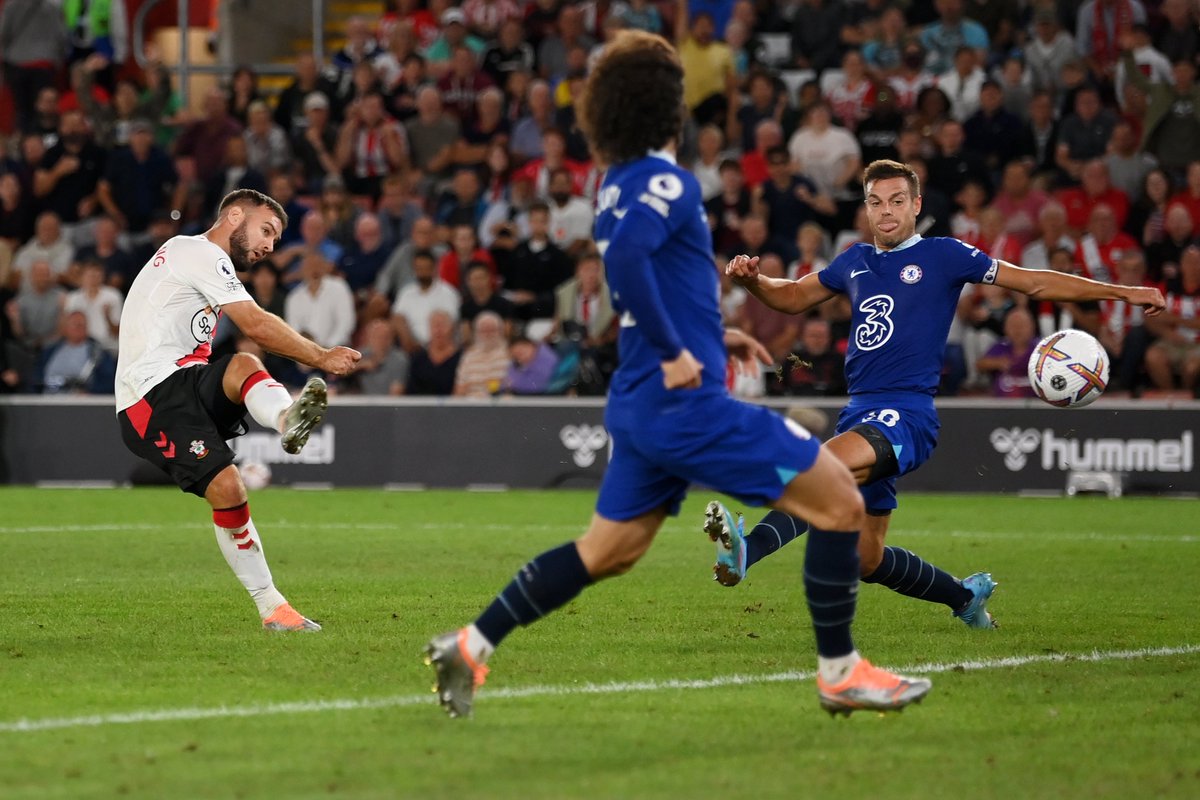 Chelsea have matched an unwanted record after they were beaten again away from the Premier League this season. The Blues were on the receiving end of a 2-1 defeat at the hands of Southampton despite taking the lead. To this effect, they have now lost at least two of their opening five games for the second time in the Premier League era. They lost three of their opening five games during the 2015/16 season under manager Jose Mourinho as they failed to successfully defend their league title from the previous season.

New signing Raheem Sterling was the star of the show during the Leicester City game at the weekend after he scored a brace to lead 10-man Chelsea to a 2-1 home win in the league. He made it three goals in two games with the opening goal against Southampton midway through the first half. However, the hosts were level within five minutes thanks to the stunning strike from young midfielder Romeo Lavia who was signed from Manchester City this summer.

The equaliser from new Southampton midfielder Lavia gave his team the platform to take a lead into the half-time break courtesy the stoppage time strike from Adam Armstrong. Englishman Armstrong scored his first Premier League goal in almost a year to give the Saints a lead at the end of the first half. Chelsea were disappointing on the attacking front in the second half as they tried to get back into the game. In the end, Southampton held on for the win to move above Chelsea on the league table.

With the win, Southampton are up to seventh spot on the Premier League log. On their part, Chelsea drop to eighth spot on the log.

Chelsea have now lost their last two games away from home in the Premier League after the result against Southampton. The Blues had lost 3-0 at Leeds United in their last away game in the competition.